It’s spooky season in the before and after school program and Halloween plans are well underway. The children spent some time reminiscing about a previous play writing experience when Taylor piped up and said, “We can make a new play! Plus, with all the new children it will be twice as fun!”. The children got to work making a plan and coming up with an idea and characters. “We can perform it on Halloween! Let’s call it ‘Rest in Peace’” Kenzie says.

They spent many mornings and afternoons creating props and decorations such as a coffin, spiders, zombies, skeletons and much more! They even showed consideration for others by planning out what time to perform the play so that everyone can see it before getting picked up, “We’re going to have it from 3:35-4:00, so it’s only 25 minutes and it’ll be done by 4:00 which is when children go home”. They talk about which characters they can be and decide that we should have popcorn as a special snack while we all watch the play. 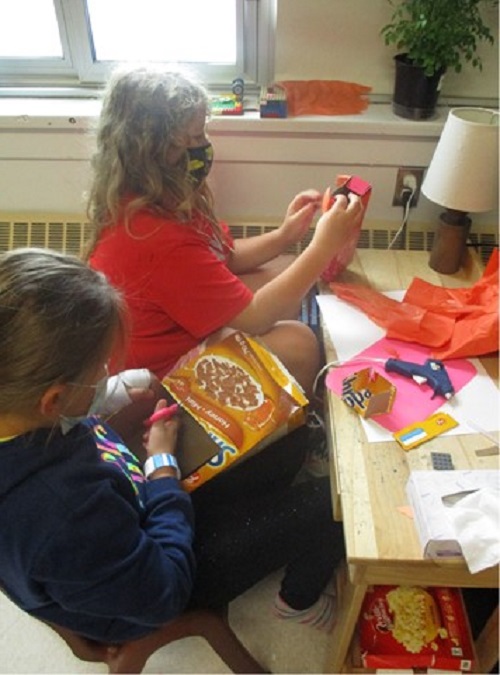 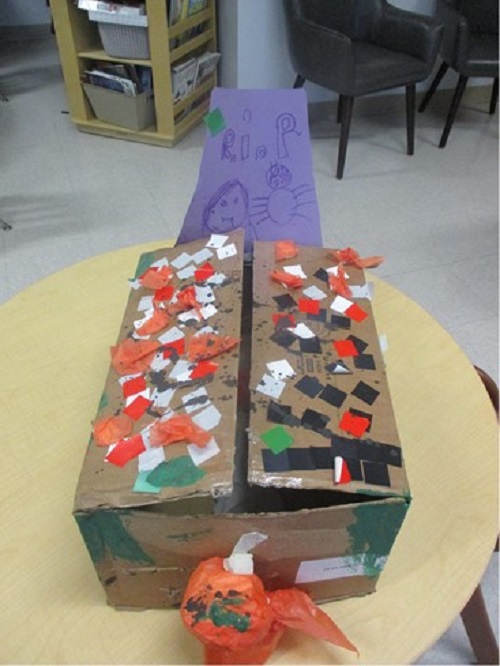