Recently we’ve been talking about adding a sensory bin to our room as we’ve noticed the children gravitating to filling and dumping activities. We decided to borrow one from the toddlers to see how our children would use it. Each child had their own unique experience while also expanding off one another's actions.

Prior to filling his bucket using a scoop B picked out individual-coloured chickpeas and began labeling them to us. “Purple, yellow, blue!” he said as he showed us the colors. He then held a fistful of chickpeas up and watched as they rolled off his hand.

M and N used the clear scoops filling them with chickpeas and pouring them into their bigger buckets. One their buckets were full enough they poured them out… which made a loud sound. This caught B and A’s attention “whoh” they said after hearing the noise. As M dumped his bucket he looked inside to see if all the chickpeas were gone. When he noticed they were not he continued dumping the bucket until it was empty.

G stood at the sensory table swapping between using his hand to grab fistfuls and using a scoop to fill his bucket. Putting a few scoops in then dumping them back out and doing it all over again.

A first took one chickpea at a time placing into the large bucket, then began small fistfuls. One fell onto the floor as he was dropping them “uh oh” he said, perhaps remembering us reminding everyone to keep them in the bin.

The children stayed at this activity for almost 45 minutes! Which is amazing for this age group. They were so interactive with the materials and one another as they explored dumping, filling, sound, and colours! We were so thrilled to see how engaged the children were and will continue to keep this available in our room for them to explore further! 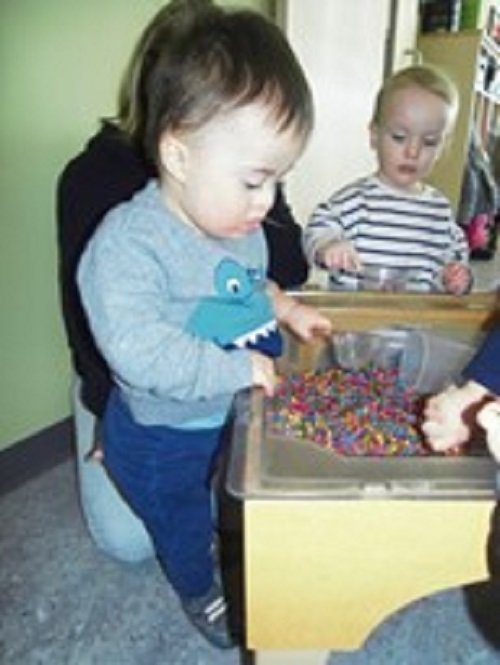 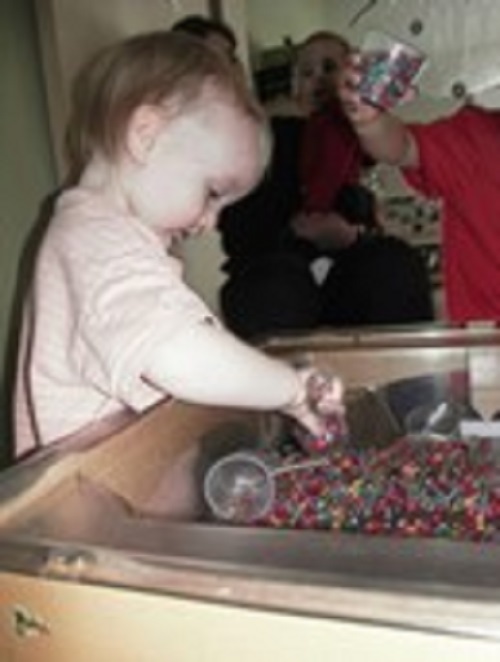 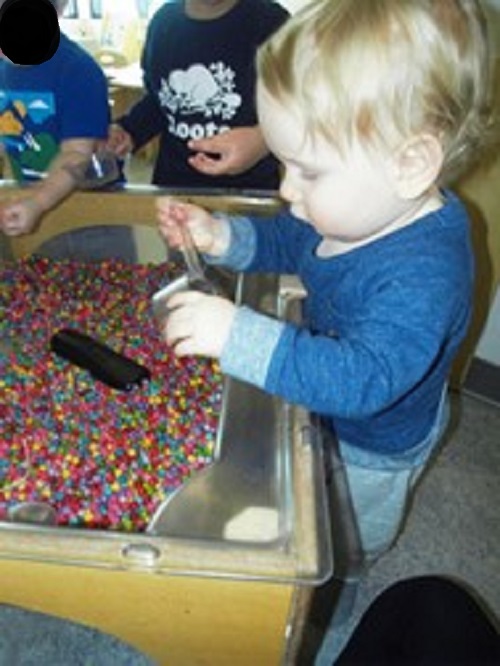