‘J’ was pretending to be Spider-Man ever since he saw the new movie with his family. He decided he wanted to build a scene from the movie, when Spider-Man saves a train full of people. “J’ started by building the train and its tracks out of straws and connectors. While building the train with his peers, he said “the back of train needs to be 4 by 4 so it fits with the front”. This shows ‘J’ has past experience with building and is able to teach his friends new terminology during their play. He then drew two pictures, one of the sky and one of a building, to add to the background of his movie. He then began to build people for the train out of different straws and connectors, he then placed them in his train “so they can be saved”. ‘J’ then said he needed to build the villain. He used snap cubes to create the villain based off his memory from the movie. After all that building his set was complete! We could tell how proud ‘J’ was of his creation because he wanted his movie to be filmed! Then next morning we got to work organizing the set all together and he acted out the scene! ‘J’ was very happy with his film and was able to show it to his teacher, which made him very excited. This was such a fun experience and we wonder what they will create with their imagination next! 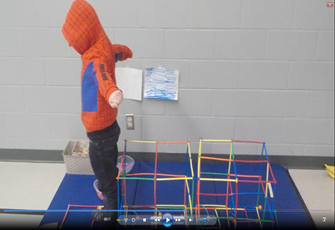 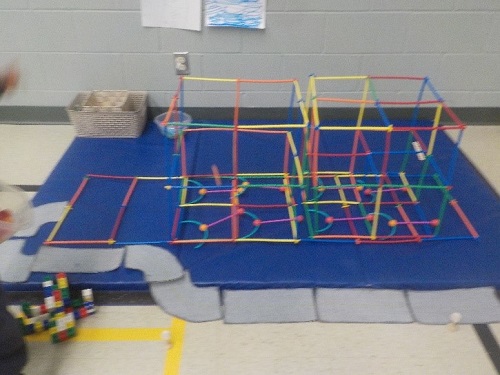