Today the children were really excited to explore the scissors with the very creative activity Carissa set up. Using a metal shelf with some ribbons and streamers attached/ tied to it, the children tested out their hand eye coordination as they tried different ways to snip and cut them. At first some tried to cut them without holding them and after some unsuccessful attempts they realized it was much easier to hold the ribbon/ stream to cut them. They also tested the scissors in the sand and on different types of paper! 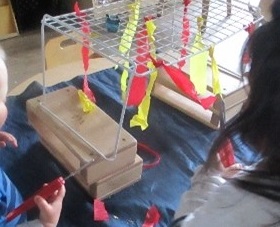 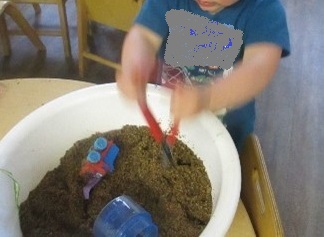