This past month, the preschoolers have been very interested in exploring ingredients, potions, and lava! The children also had many questions and theories on what a potion is, what lava is, and what an ingredient is! We explored these theories by doing several experiments with the children, such as making a “volcano”, making potions based on the children’s ideas, as well as setting up a potion making centre in our classroom!

By setting up a potion centre in the classroom, it allowed the children to add as many ingredients as they would like, which then allowed the preschoolers to fully explore their imagination and ideas! Additionally, the preschoolers were very intrigued by the cause & effect of each ingredient added! At the station, we set out sugar, salt, baking soda, coloured water, soap, and vinegar for the children to explore. 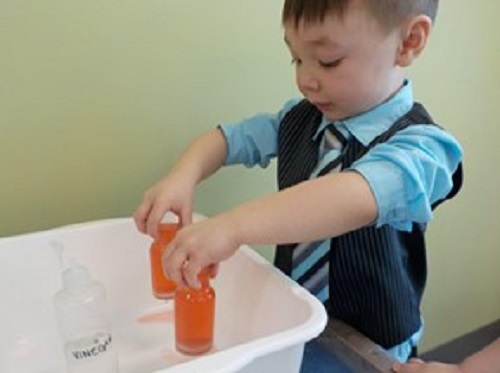 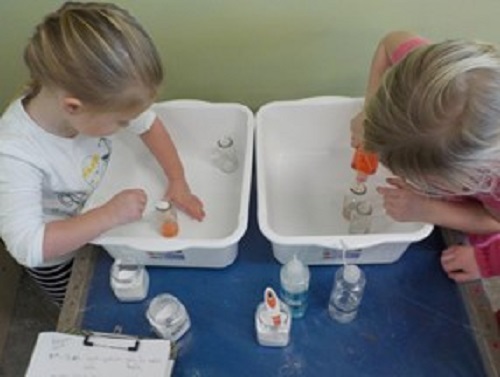 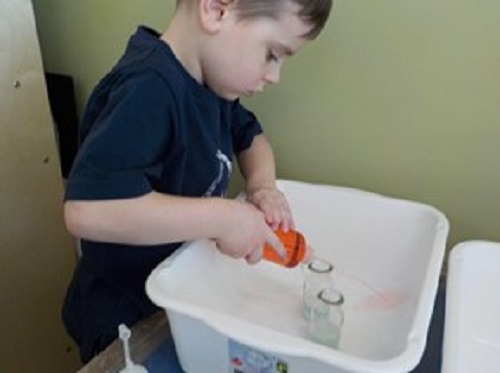 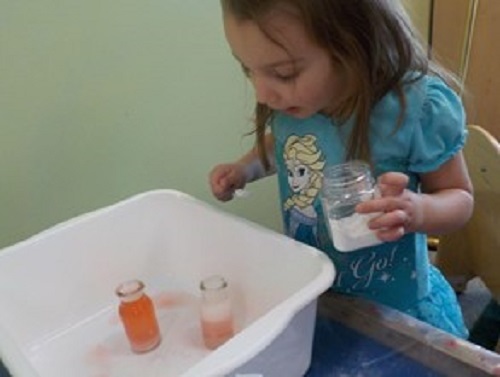