The car play and explorations continued today as the children arrived. W and J were excited to be reunited with their cars again and proceeded to line them up and collect them in different places around the room. As A, L and Z arrived they were really excited to become involved in this play with them. Together everyone explored where the cars can go/ fit as they developed little social play groups with one another throughout the room. Z and J were really involved with using the wooden car ramp to move and line up their different collections as they physically pointed to show each other when they were done “see, look!”. While L and A were really involved with exploring if the cars could fit into our packed-up beds, as they tried to push them into the openings “Oh no”. After morning snack H discovered that he can place his collection of cars down the large tubes that was leaning against our shelf. This sparked W, Z and L to join as they placed all of their cars down it and H collected them at the end of the tube. Once they were all done W and J lifted the tube up (vertically) and gestured “Here”- as they pointed to the tube. Naturally L grabbed a car and dropped it down the tube, this then encouraged everyone else to do the same. During our team meeting we reflected on these social interactions and connection the children have been naturally developing with each other and how the materials impacted and support them to do so. As we reflected on this, we developed a connection to how the children were previously doing this with the farm animals and blocks. This also shifted our thinking that our interest isn’t necessarily connecting and building but has shifted into social play. As the children create these social interactions with one another to explore emotions, sharing, turn taking and expressing their different ideas/ thoughts. 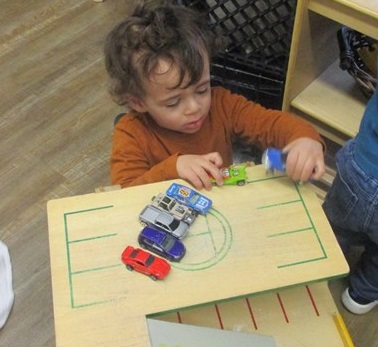 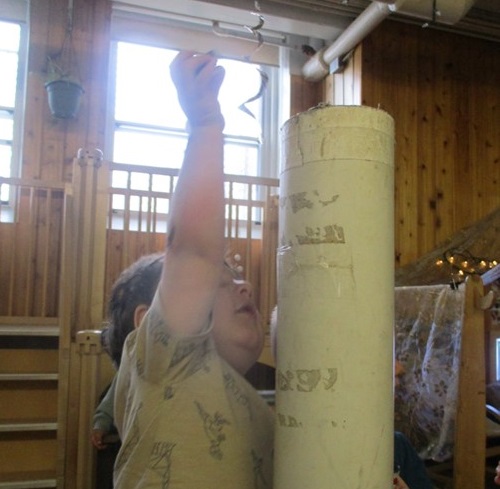