Over the month of December, we have observed a lot of BUILDING going on in the Preschool Classroom!

We have recently transformed our block area by adding loose parts that were kindly donated to us by our preschool families! After this addition to the area, we observed that their play has been extended on in many different role play scenarios.

Some of the creations that the preschoolers have built this past month include fire trucks, castles, an airport, trains, dinosaur dens, dog houses and many more!

One morning, P announced that he was “the owner” of puppies. E, E, J, and S all acted like dogs as they moved around the room. P took them for “a walk” to “the park”, which was the carpet area. P then brought the puppies to the block area where the children worked collaboratively to build a “dog house”. The children connected with one another as they shared all their ideas of how puppies interacted and what they would need in their house.

As they continue to construct with one another and engage in dramatic play scenarios, they are further developing their fine and gross motor skills, social skills, and problem solving skills! We are curious to see what they will build next! 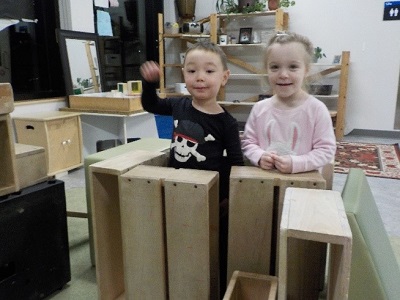 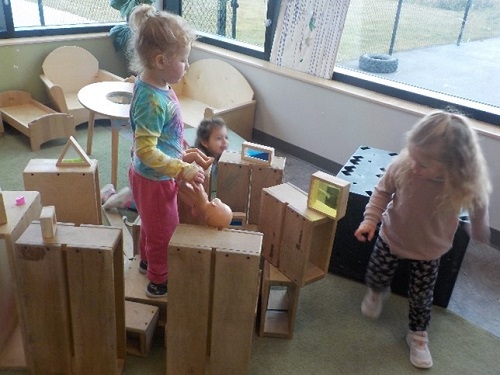 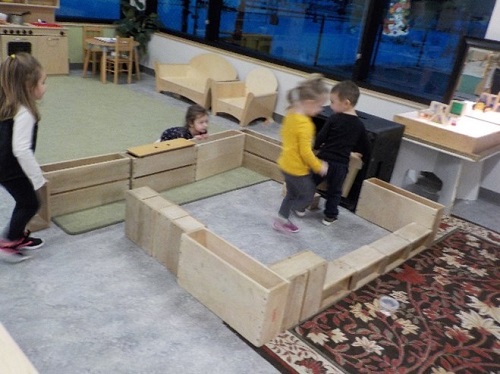 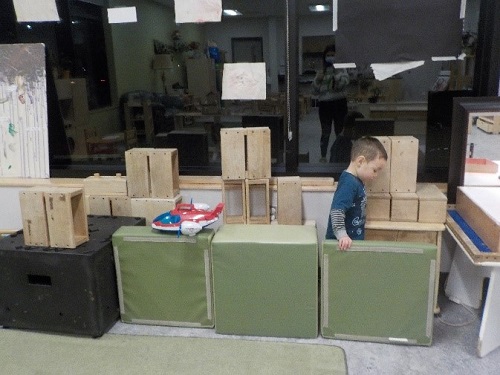