One Monday morning after a group gathering; the children were invited to the table to partake in a new experience! Using muffin tins filled with both vinegar and baking soda, the children had the opportunity to explore what could happen when they were mixed together. Wow, were they ever intrigued! They quickly discovered there were plenty of different sensory experiences to discover and explore as there was such a variety of effects from visual changes,

sounds, colours, textures and other properties to investigate.

Here are some of the theories we think the children were engaged in:

M was observed to be mostly interested in scooping the vinegar with his spoon and transferring it between each compartment of the muffin tin.

B seemed to understand the concept of cause and effect as he scooped the dry materials into the wet and produced “bubbles”. He also noticed the muffin tin “MUFFIN!” he said as this is one of his favorite things at the moment. He spent almost 30 minutes with this activity watching the reaction and trying different things. At one point he began blowing into the tin of liquid… I wonder what he was trying to explore.

K used her hands for most of this experience. Dipping her fingers into the liquid then holding it over a compartment and watching the liquid drip down from her fingers. When she noticed the bubbles she felt it again, perhaps a different feeling on her hands.

E enjoyed the reaction “bubbles!” she said as she scooped the powder into the liquid. She spent a lot of time transferring the materials and using the spoon to stir them all together in each compartment. She also noticed the colors “yellow. Green”

There were so many different ways the children were exploring these materials that we will have to revisit this again! We wonder what they will discover next time! 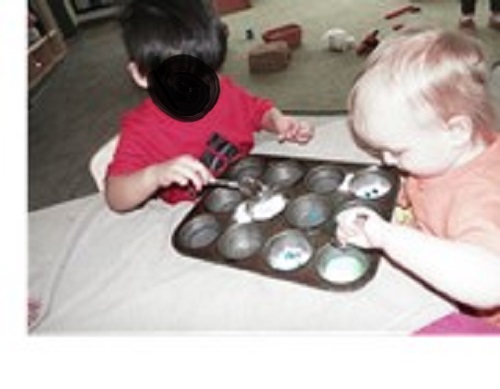 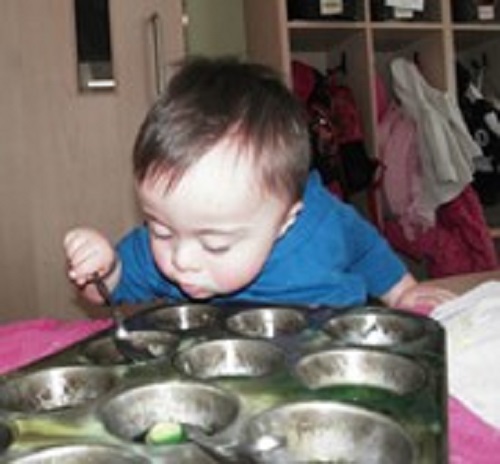 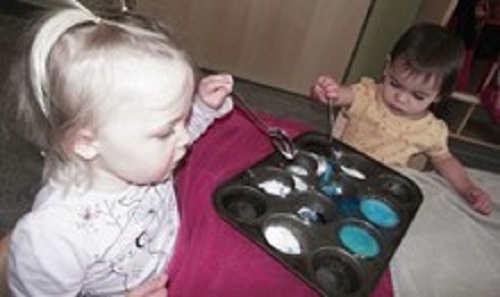 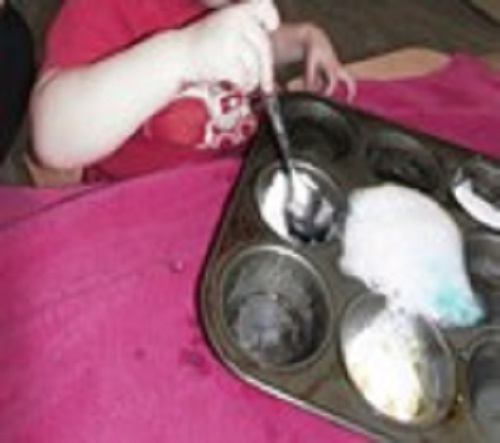