'I' and 'A' continued their building this week. 'I' created churches and parking structures with ramps for cars to get in easily. “What does this look like?”, asked 'I' “Its for cars to park in”, said 'I'.

'A' has been interested in the Titanic for the past few weeks and has been rebuilding the Titanic this week. “If I put more blocks here the boat will be stronger and might not break if it hits something”, said 'A'. 'A' took his different boat structures and hit them against part of the table to see if they would break and where he needed to reinforce if they did.

This is an interesting observation of 'A' testing the proficiency of the building materials he was using and connecting his thinking to what he has learned about the Titanic! 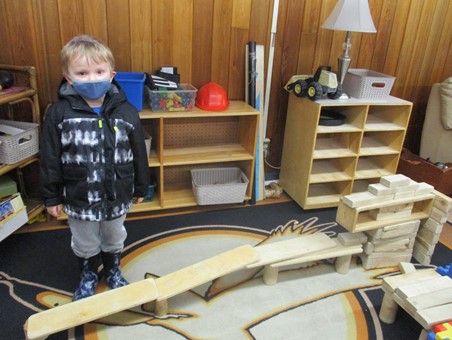 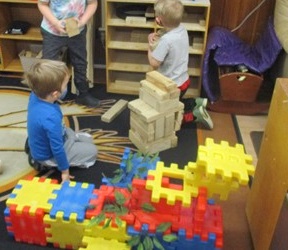