This morning as 'W' came down the climber, his attention was drawn to the magnets on the heater vent. He pulled one off, examined it by turning it around in his hands and then placed it back on the wall. He looked very surprised when it stayed there! 'W' repeated the action a few times; pulling the magnets off and placing them back on.

'W' began to be very intentional about where he placed the magnets, trying them in various spots before grabbing another one. He even placed some side by side! One of his peers watched and joined in. 'W' passed him magnets and they worked together to place them on the vent. 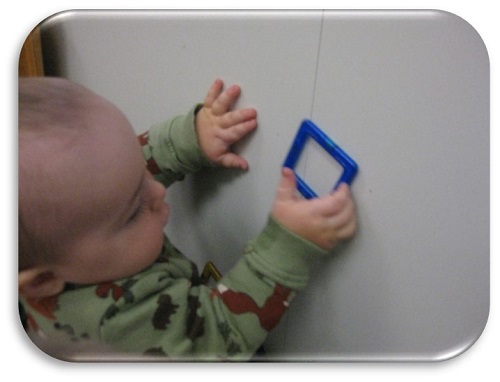 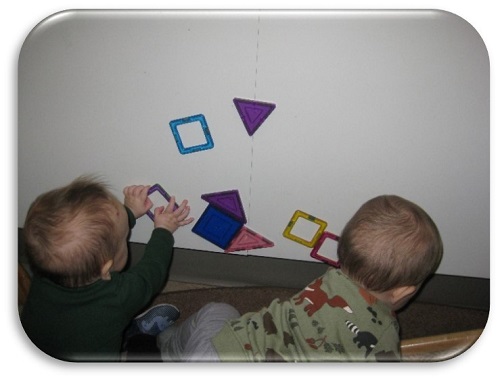