Since the beginning of January, the preschool children have been very fascinated and intrigued by the process of water turning into snow and ice! Since our weather conditions have been so cold, we decided to bring in snow from outside which made the children question, “How does water turn into snow or ice?”.

“I’m going to make snow by shaking water and ice together in a bottle!” -T

“If we add salt to the water, it will freeze even faster!” -M

“The gems will sink to the bottom of the ice.” -V

“The gems won’t sink or float, they will get stuck in the middle of the ice. We won’t be able to see the white gems though because the ice is white!” -T 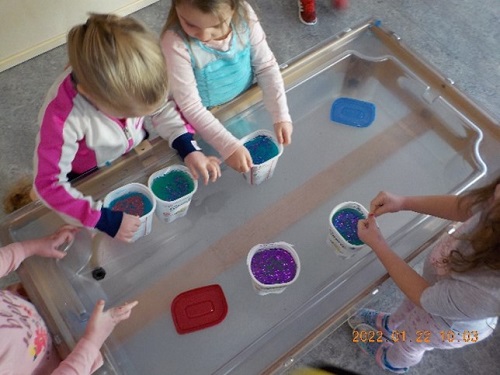 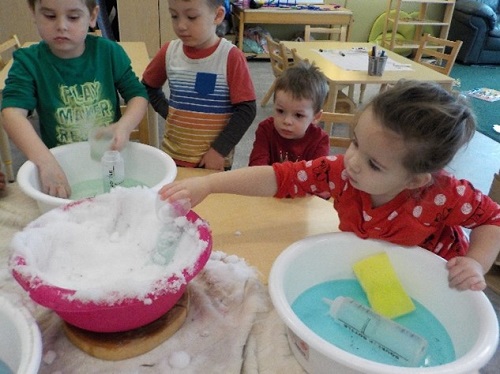 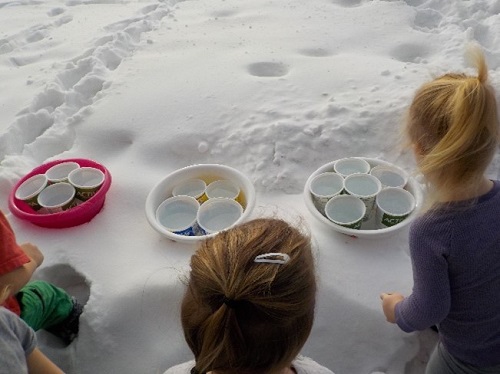