December came with lots of snow!! The children have taken such a high interest in the sleds outside that are used for pushing and pulling others around. The children work hard to pull each other around the play ground at different speeds. They challenge their bodies by pulling more than one child on the sled at a time, running at the same time as pulling them, and even pulling more than one sled at a time behind them.

The older children in the group have been using amazing peer mentorship skills to help the younger ones pull their sleds and pull them around. “I’m having so much fun!” J exclaims as he is being pulled around. It is so amazing to see the children working hard together to problem solve and strengthen their bodies.

We have had a wonderful (but short) December and hope everyone has a happy holiday!! 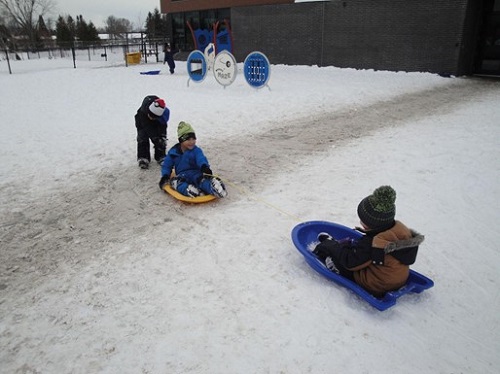 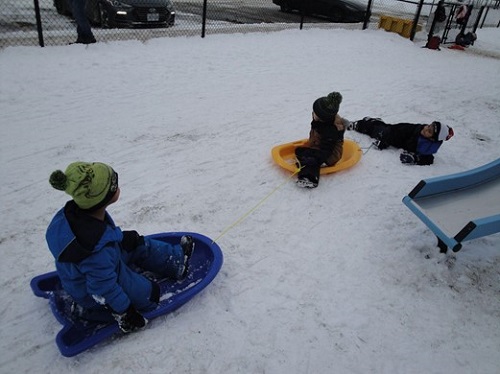