While outside earlier, the infant children discovered a puddle that was frozen over by Ice. They carefully picked up the pieces, looked through them then threw them on the ground, watching in amazement as they shattered.

Continuing this investigation inside, overhead projectors were added to the environment. The children looked through them at each other, pulling them down and yelling ‘boo’! The thick glass caused their faces to look different and each child had to have a turn to look through.

Were they making the connection to the ice they had explored previously? What did they think as they looked through the pieces of glass? How did this change their perspective of the world around them? 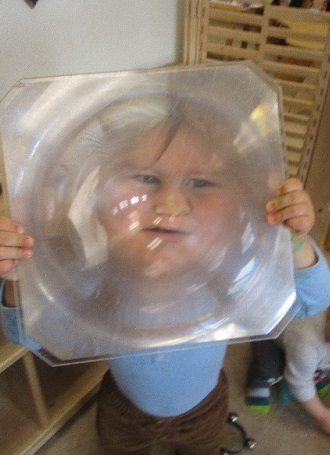 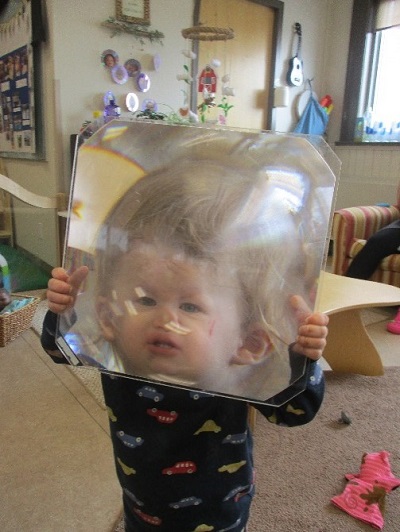 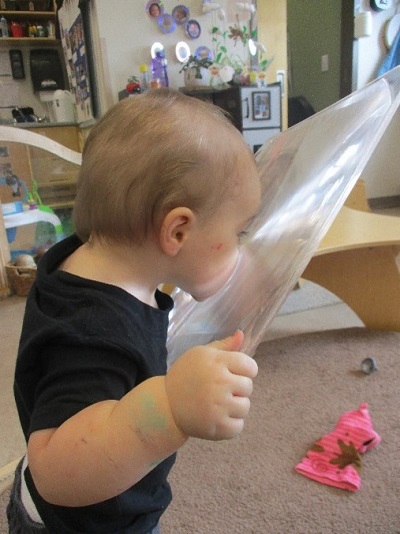