Over the past few months, we have had some new educators in our rooms and to support those changes and transitions we have focused on building meaningful and lasting relationships with the children. We have done this by learning their interests, skills and likes as well as what makes them unique. A meaningful moment we had this month was when "C" approached a painting activity we had set up. We had a large piece of paper on the wall with three colours of paint out (yellow, blue, and red). "C" approached the colours and started mixing them all together until she created a deep purple. She began her painting by painting a person, this was herself. Next, she added another person slightly larger right next to the first, she says “That’s S!” her educator. She then paints a large half circle above the two people “this is a rainbow.” She continues to paint the “rainbow” for several minutes. She then moved on to the bottom and final part of her painting. This part of her painting she described as an "underground bunker that has a bunk bed for us to live in". She worked on this creation for a very long time and was very proud of her art. 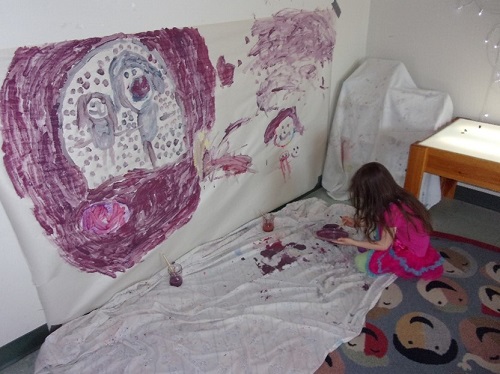 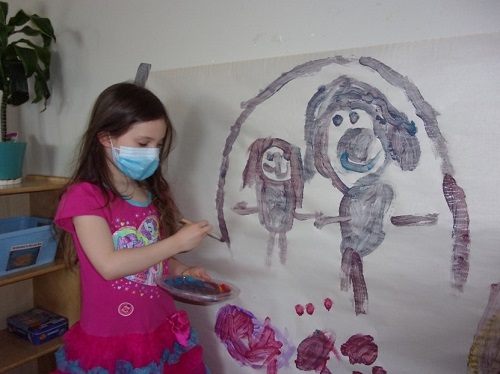