Goldilocks and the Three Bears

TW as the Narrator

On Tuesday, TW came up with the idea that the art club should put on a play. "Acting is part of the arts so instead of doing a craft for art club, we should do a play," she asked the other children who would be interested in being in a play. TW wrote up a script and they began practicing. They worked together to make costumes, props, and backdrops. On Thursday, TW, KB, MW, LB and BB went and set up the small gym for the play and started their dress rehearsal. After lots of practice, they felt ready to present. They brought the rest of the children and educators into the gym to watch. We sat in two rows and waited for the play to begin. The children did an amazing job working as a team to put together the play. 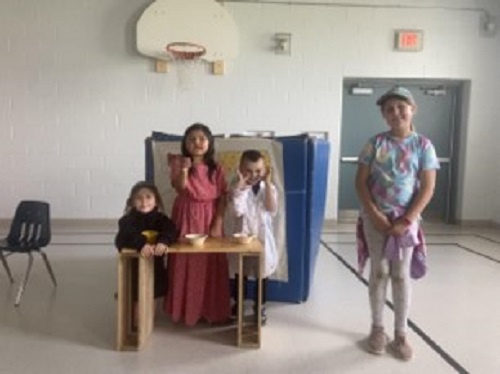 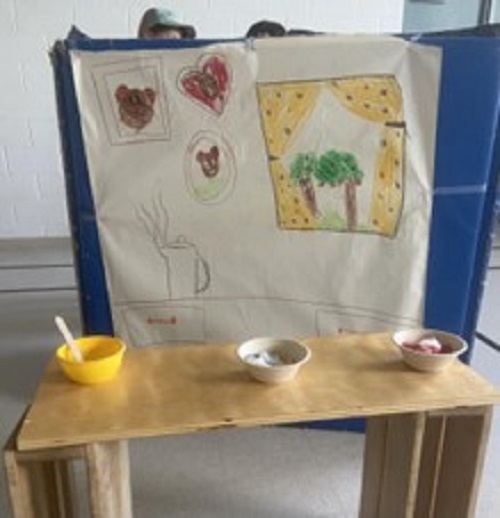 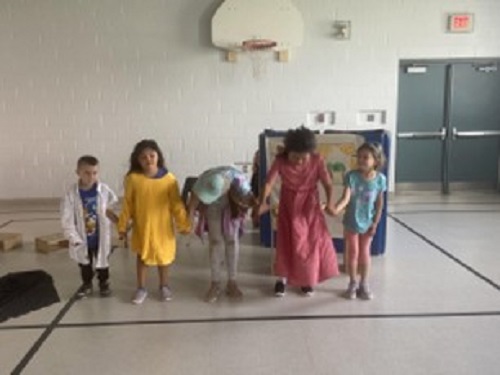