The girls here at daycare were especially excited for our spa day. The educators and some of the children brought in nail polish, hand cream, makeup, hair stuff, and so much more. After lunch the spa opened, the girls began by painting each other's nails. They then moved on to some relaxing foot baths. We filled buckets with warm water and added bath bombs to each one. LN and BN brought their own face masks to use while they were soaking their feet. Children were given cucumber slices for their eyes which they later wanted to add to their buckets of water. After some relaxing foot baths, girls moved on to warm lemon water for their hands. They sat around the table and chit-chatted with each other while they soaked their hands. 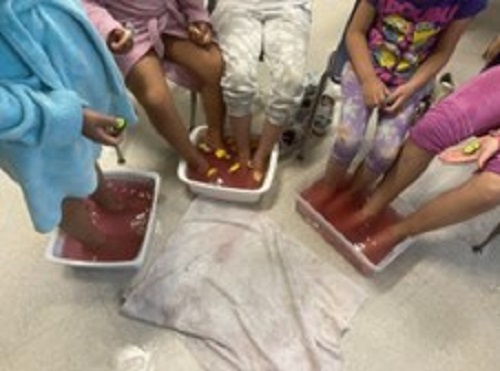 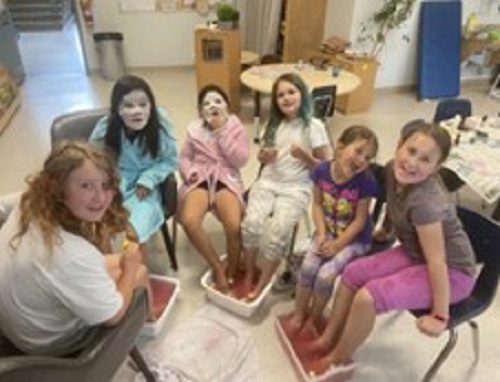