The Power of using recyclables in our program ignites such a curiosity from the children. A variety of materials were set up as a provocation for the children to create with. Carmine initially seen binoculars out of the plastic containers, “Hey, these will make me see far.” Tanner and Andrew also became curious and began using the recyclables. Soon a discussion was had about joining their creations to become one. The process of working together was very meaningful as this was Tanners first day in our program. The boys used their creativity, collaboration and welcomed a new friend. 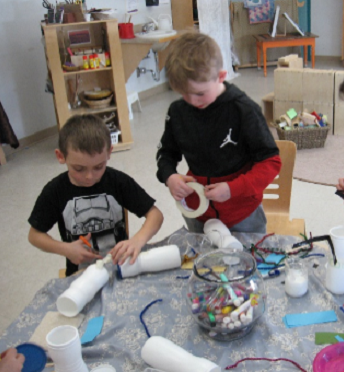 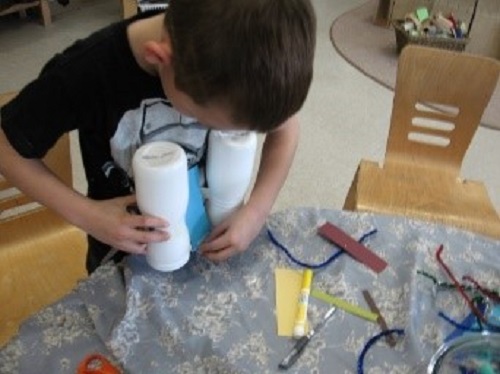