This afternoon while playing with the large building blocks, Caleb excitedly told me that he built a boat. He told me that he built a pirate ship with cannons but would “turn the cannons into telescopes because no guns in school”. I encouraged Caleb’s creativity by asking some questions about the way his ship would work. Caleb told me all about how his ship would run, and then invited his friends in the room to join him in dramatic play. While playing “pirates” inside the ship, Caleb began to sing “Row Your Boat” creating a connection between music and play, with the common theme of boats and water. What a creative way to use the building blocks and engage in small group play! 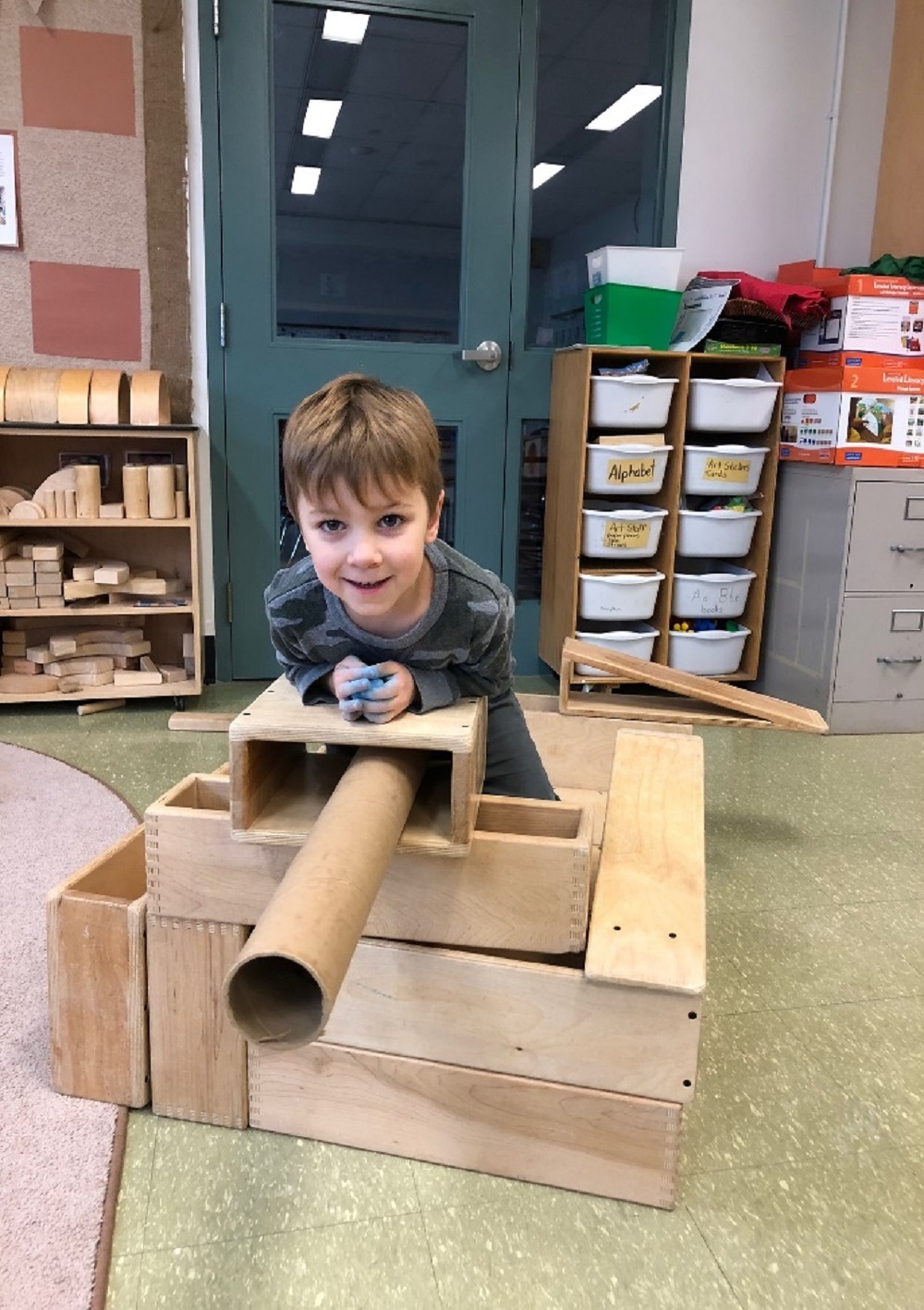