What can children learn with a Large Carpet Tube?

The Tube was put into the environment without any explanation. My first initial observation was Izzy trying to pick it up to transport it to another part of the room. The size and length of the tube provided some challenges and along the way she stopped and peered down the large tube. She said “ It’s a telescope.” Soon her peers arrived to the before school program and they were excited to engage with this large tube. The children placed it on a spool so that one end was higher and they looked through it, but they were unable to see through to the other end. They tested out some new ideas as they put transportation toys through it and eventually marbles. A contraption was developed around the tube so that the marbles would have a place to fall instead of rolling all around the floor. The following day the children went right back to the tube and at this time they said they needed to create a light source in the tube so they could see through to the other side. “We need to cut a hole in the tube, put a jar in it and create a light booster” said Tia. This process began by Lilly drawing a circle and Evan attempting to cut the hole. This process was intense and lengthy as the tube was very thick. The children continued to problem solve ways on how to achieve success. On Wednesday Landon used one of the cameras and puts it part way into the newly made hole and sent a car through it. This sparked interest from his peers and they then try other methods to hold the camera into place as well as other materials to put through the tube. The children timed how long it took for hot wheels cars and marbles to go through then used a miter stick to measure the distance and length. 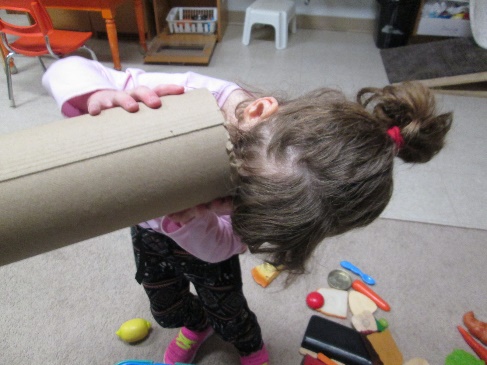 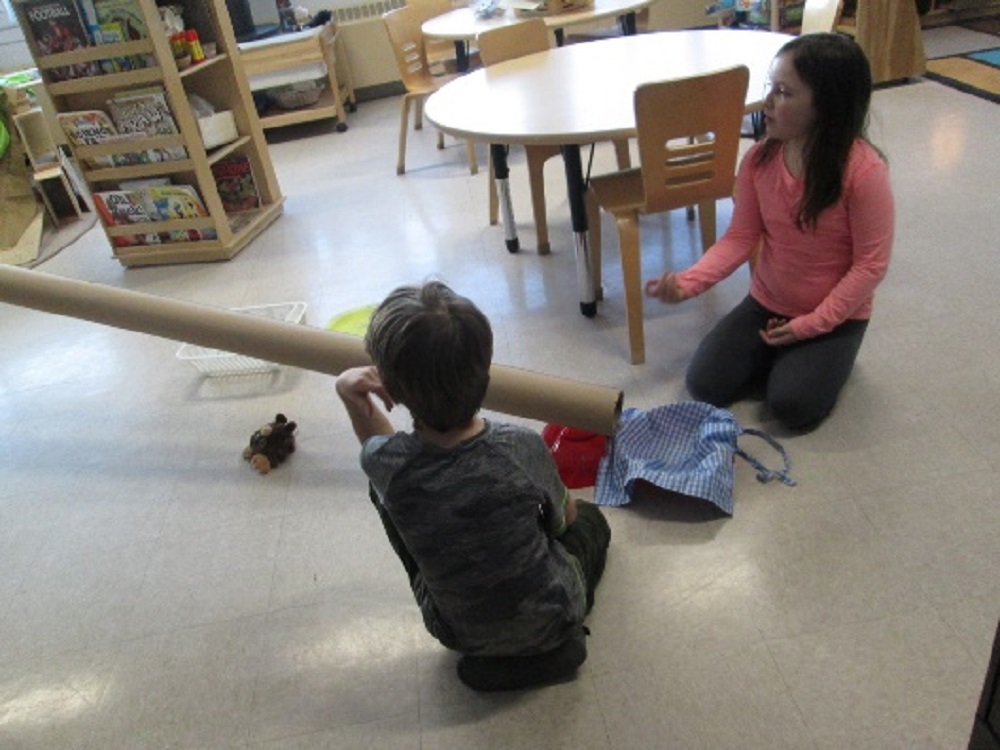