How to Build a Flashlight Using Loose Parts

We received a container of loose parts from one of our colleagues to explore and give feedback on the different ideas the children had and how it was implemented in their play. In the pictures Landon uses the items to create his own light source. His idea come with a hypothesis. “ I wonder if I can make a flashlight”He first explores the string of lights and puts it in the glass jar exploring transparency. He notices the cardboard tube nearby and strings the bulbs through it. Landon shares with me that he finds the strength of the light is too dim and moves his creation through out the room finding areas that were darker so it would be brighter. The finishing touch is adding the black tape so that it stays tightly together and now he has a working flashlight.

The children take there time exploring each item closely. You can see the intensity on their faces as they enjoy the loose parts creating there ideas through their imagination. Some children simply manipulated the parts in their hands while others use them as a form of play. 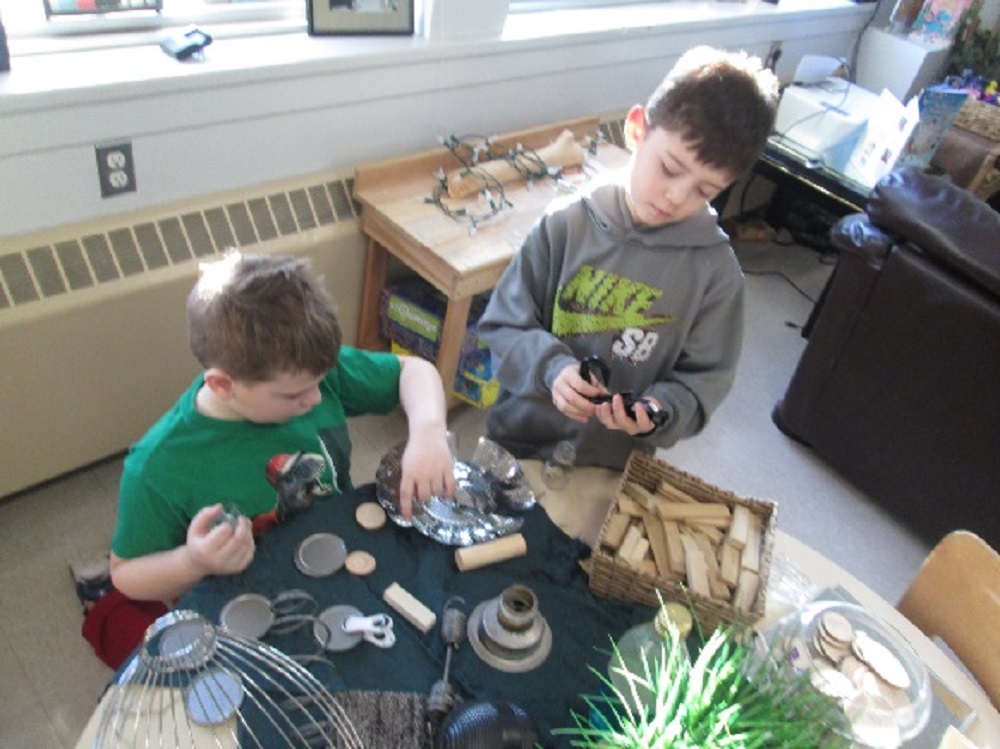 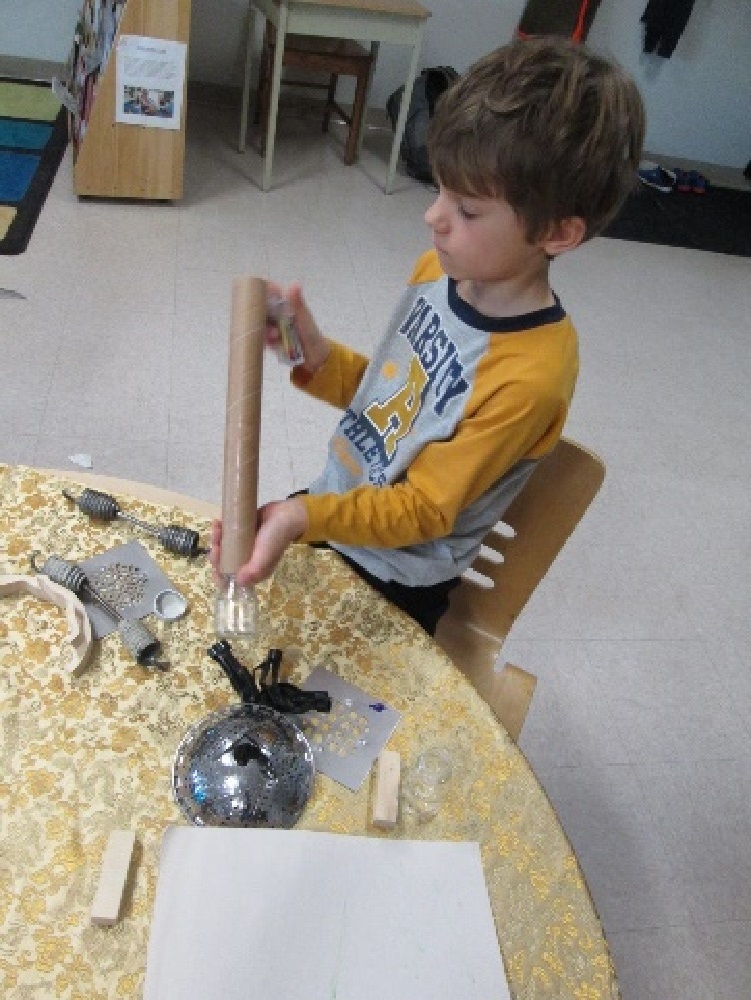 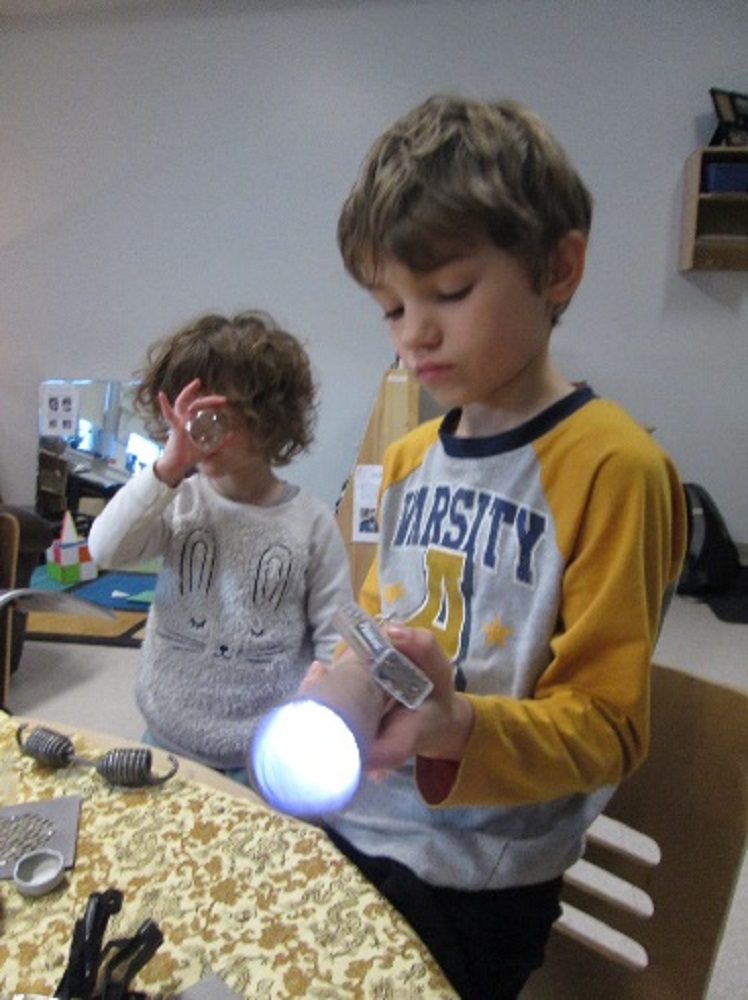