We noticed 'W' working by himself exploring loose parts at a small table. He was wearing a set of old headphones over his ears and exploring the clothespins that were set out in a tin can, placing them on his fingers and along the curtain edge. When the can was empty 'W' pick-up the can for further inspection, turning it over in his hands and peering into it. Next, he began to talk into the can quietly. We continued to watch, as he placed the can up to his ear listening. He repeated this several times. Curious as to what he was thinking, an educator asked him his theory 'W' responded “When I speak through, I thought I could hear…I didn’t….I don’t know cause the other can would speak to my ear if I had two cans.” This was a wonderful moment for us to observe, because even though we suspected that was what 'W' was thinking, we were surprised with his ability to use known information; If he had two cans and spoke into one while listening with the other, he would be able to hear himself, he was able to test this theory of what would happen using one can. This may be a theory we will investigate further in the future. Stay tuned… 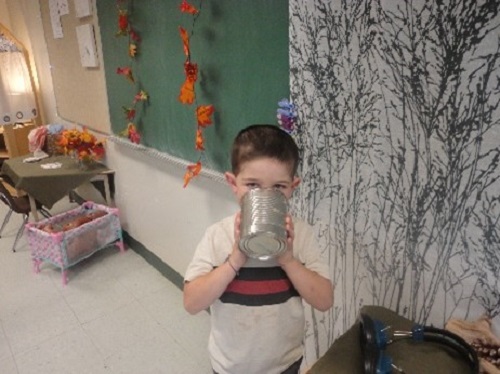 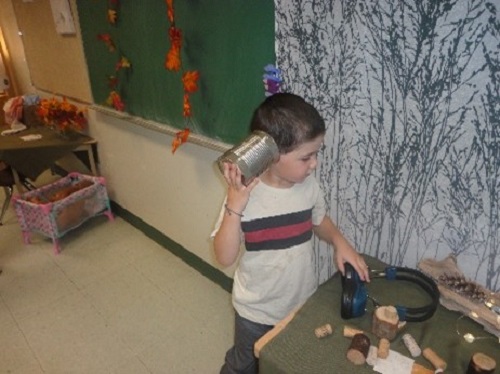