With all the rain we have been getting, our playground has become full of puddles, mud and moving water. M, F, and L started grabbing some of the mud and began to create a "wall" in the middle of puddle to prevent the water from going into a drain. The water kept overflowing, so they got more mud. They were using their problem-solving skills to figure out ways to prevent the water from going into the drain. M said, “We need to find some more rocks. We are running out of time.” C joined into the play and she used her boots to help stop the water, while the other children were getting more mud and rocks. Then F said, “Guys, I found the solution.” M replied, “The mud solution! We need to save the piranhas!” After M decided they needed to put the mud around the drain to stop the water from going in the drain. She said, “I’m not giving up! My hands are freezing!” The children continued to put mud around the drain until they went home. The children worked collaboratively together to problem solve ways to stop the moving water and continued to listen to each others ideas before trying each idea out. We wonder what they will do next with the moving water. What can we provide to further this exploration? 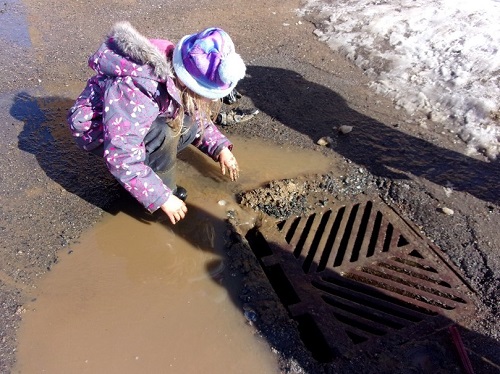 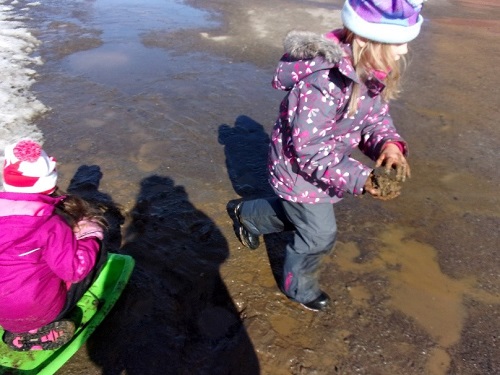