L was observed drawing as her peers were engaged in the block area. She shared her art with her educator explaining the picture. She said, “L had an idea," she pointed to the light bulb above a head in the drawing, “she made a tower with blocks.” She then continued to point to the other children in her drawing and labeled each of them. “L, F, K, and L." She shared that these were the children who helped create the block tower. After examining her artwork further, the educator noticed now she drew the boys with curls in the middle of their foreheads and not the girls. Was this how she perceived the differences? 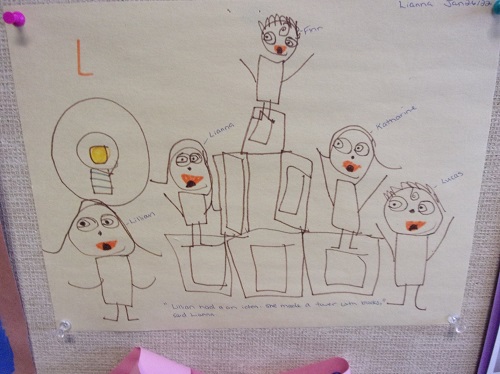