After school every day "L" has been observed gravitating to the basket of animals and has been particular with choosing the eagle. He would share his knowledge of the eagle with his peers and educators "eagles go caw caw" "the eagle has a beak”.

He then had an idea to look for more animals around the environment that also have beaks. Unfortunately they didn’t find any. That’s when "L" decided to build a big eagle beak out of blocks. He said, “Look at the big eagle beak its big and tall”. He then decided to make the whole eagle out the blocks explaining that it has "a beak, mouth, body and wings on its body”. "L" was very proud of his creation. Take a look at the photos! We wonder if there are other animals that "L" can make representations of! 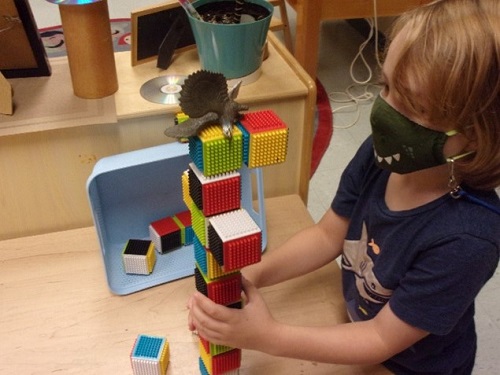 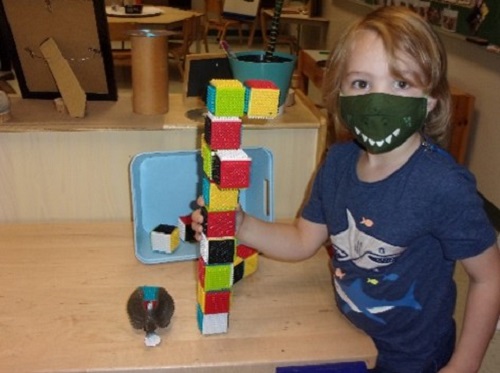