In the infant program we use tape to fix the paper to the tables, the children are often part of this taping process. 'W' found a piece of brown paper on the floor following a crayon exploration and picked it up to inspect it. As he looked at it he flattened it out and brought it up to the table.

The paper fell to the floor.

'W' picked up the piece of paper and once again flattened it out and then tried it against the table.

Did 'W' think that the piece of paper was tape?

Was he re-enacting us taping the paper down? 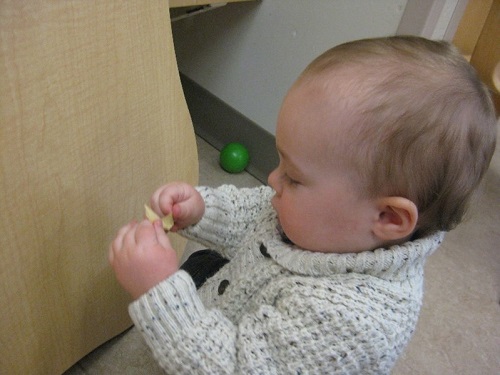 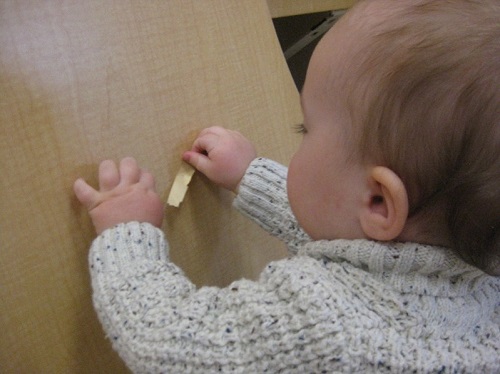