Extending 'S’ interest in light exploration, an overhead projector was added to the environment. 'S' immediately came over, carefully arranging the blocks on the screen

'S' experimented with many different materials, including the animal cut outs. He placed each one, watching intently as the shapes moved across the glass.

As 'S' placed the items on the glass, he made a fascinating discovery; whatever he placed on it, ended up on the wall. 'S' pointed in amazement at the wall and would continually look back and forth at the projector and at the wall, moving his items as he did so. 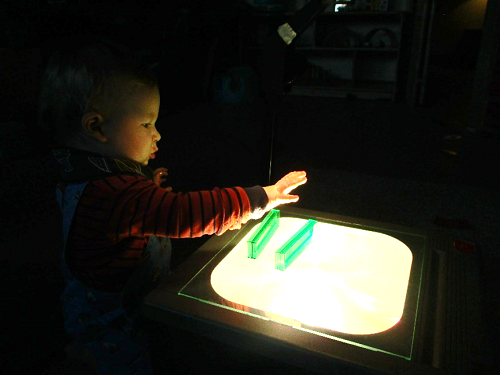 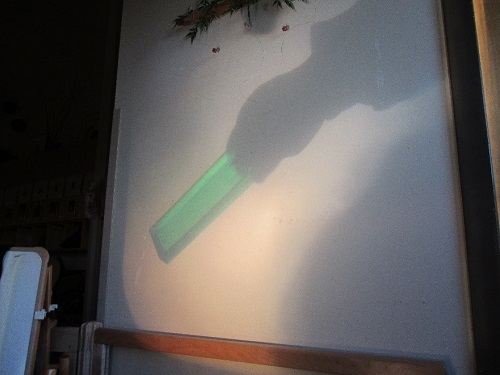