One thing we love to see is the children coming together and working together as a team. Especially when it comes to the older children involving the younger children in their play. Today L and Matt decided they wanted to extend on Plums fort and create a tunnel. This also caught Declan, Levon, Emery, Daeon, and Elias’s attention. At first it started off with a few of the children using the waffle blocks to create a box. They continued to add pieces to the creation, and this is where the idea of the tunnel came! The next day they continued with their tunnel but this time they had an idea to extend their tunnel into the fort that was already made to make it longer as they were out of waffle block pieces!

L “lets put the chair on top so it will stop breaking when people go through!”

Matthew “How about we put a mirror at the end so when they go through, they think they have to go back.”

The following week a couple of the children re-visited this interest in creating tunnels but this time there was something different. Instead of building the tunnel horizontally, Daeon decided he wanted the tunnel built vertically and around his body! 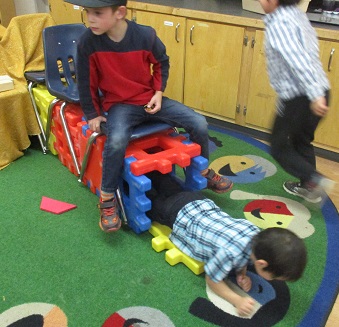 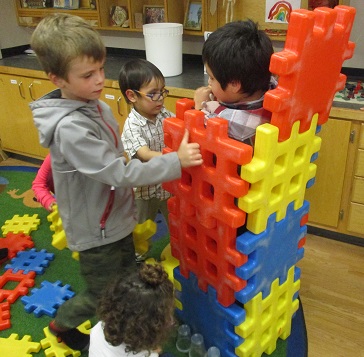