With Christmas around the corner, this topic has been a very big interest in our room. There has been many conversations around all the traditions the children have in their families. This ranged from decorating their houses/Christmas trees, setting up lights, gingerbread houses, hot chocolate, and OPENING presents of course! But for 'N' he was the most excited to finally get an 'Elf on the Shelf' this Christmas! He explained that this year he wrote a letter to Santa asking him if he could have his very own 'Elf on the Shelf' for Christmas because he has never had one before

Over the course of a couple weeks you could see 'N' s excitement grow larger throughout our room as he would draw sketches of his elf almost every day! He then decided he wanted to make a model of a sketch that he drew out of plasticine. He began to mold the plasticine into the shape of an elf. We didn’t have the exact colours 'N' needed so he decided to paint the plasticine red, white and “Peach” for a skin tone!

The following week 'N' asked if he could make another elf but this time he wanted to do something a little different, he wanted to make a “stuffy” version of his elf. So 'N' sat down at the art table and began to draw a sketch of what he wanted his elf to look like. When he was finished, he gathered all the materials he needed (thread, needle, Felt, marker and scissors). With some guidance 'N' began the journey to create his very own elf. He started by drawing out his sketch on the felt, then he cut the outline out. With the help of L, He began to sew the elf together. When it was finally finished you could see the joy and how proud 'N' was of himself for what he had made! 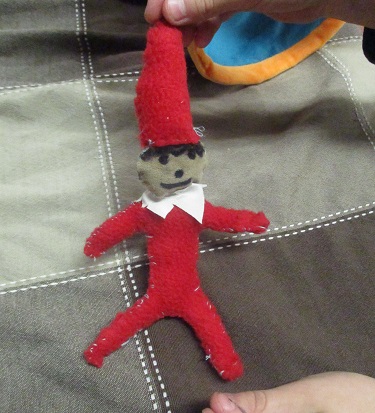 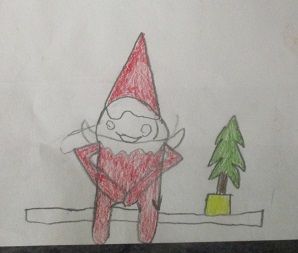 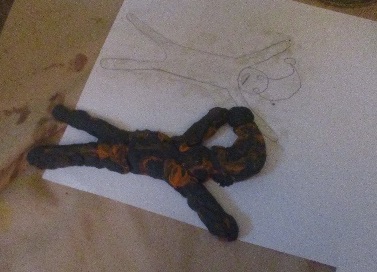 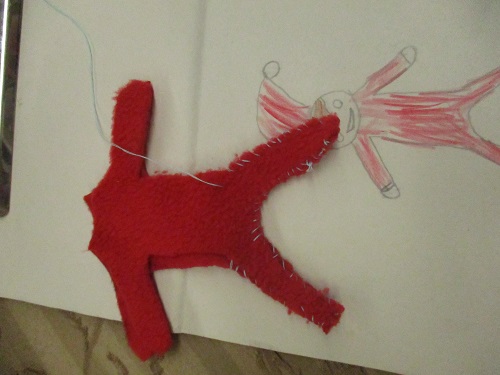