This project was inspired by several daily conversations involving our houses. The children were asked what they have in their houses and one of the children responded by saying "hallways." Another child responded saying "I have that too!" This sparked up a lot of interest and conversations about similarities and differences in our homes. In order to expand on this interest the educators purposely added a large cardboard box to the environment. Naturally, the cardboard box house project began.

This morning (Feb.12) we started adding details onto our cardboard box house! We started the process by using the children’s collaborative sketch to add the details they drew on there and then we moved onto their current ideas from today. So far we have a door (that opens and closes) and several windows (some that stay open and some that open and close).

As the children added their details they used our shape chart as a reference tool to assist them in drawing the shape of what they were adding onto the box. Once they had their shape drawn they worked together with an educator to cut out their shape using a cutting tool.

In the afternoon the children developed some rules on how to use the house appropriately and continued to explore the excitement of the details they’ve added so far! 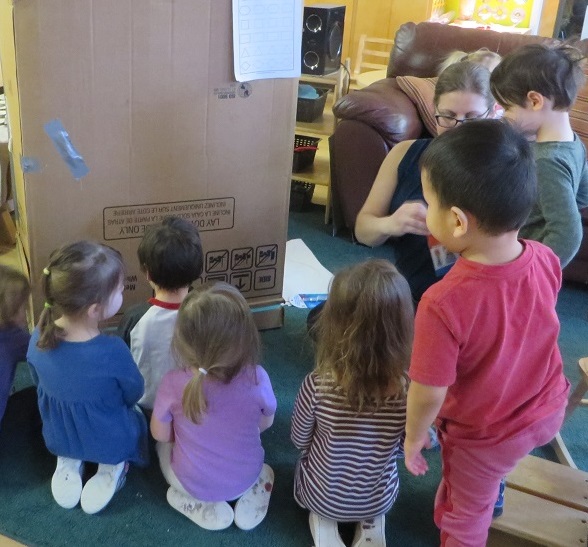