Today we observed our “working man” building with recyclable materials at the table. This is the first time that our “working man” has taken his large scale creations to a smaller scale. He can typically be seen using the large wooden blocks to carry out his elaborate visions.

As he built you could see the concentration in his eyes. He slowly and intentionally used pencils and chopsticks to connect different sized boxes together. Tape was also offered to allow the pieces of his creation stay together.

“It’s a Pirate Ship” said the “working man”, “these are the smashers, this is the part for the motor, and here is where we set sail” he explained pointing to each part of his pirate ship creation. 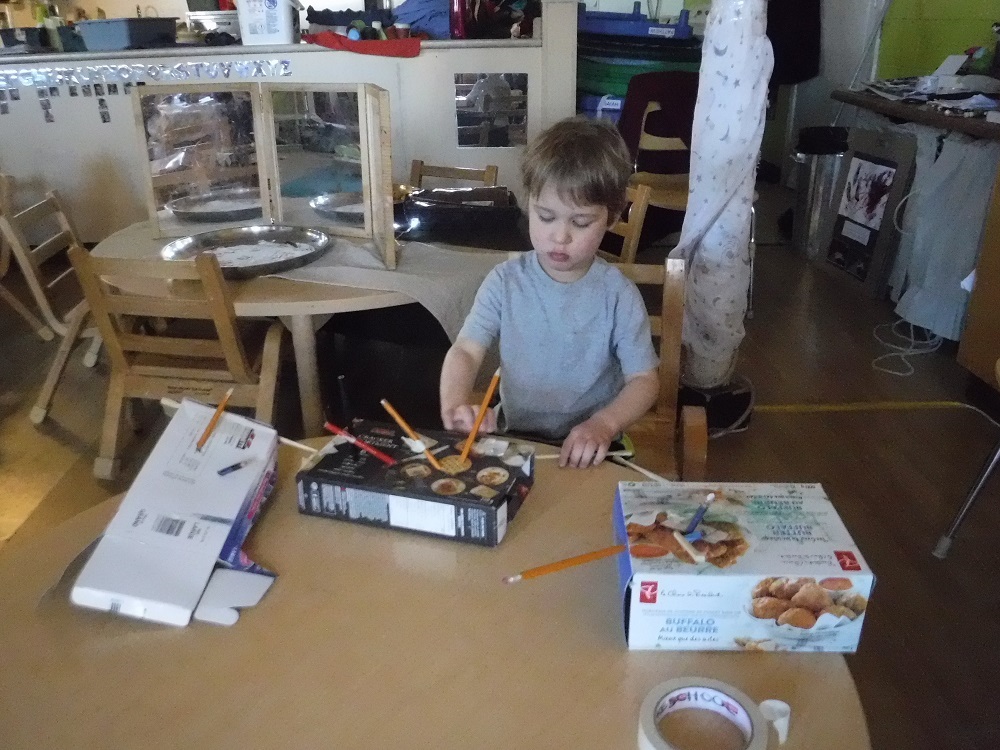