“The Balance Beam:How the Infants are taking the lead on their own ideas!”

Over the past few weeks, the Educators had observed that the children were exploring new ways to expand their gross motor skills.To provoke their thinking and provide a new challenge for the children; the educators brought in the balance beam.The children (who are now predominantly Toddler-age) were very curious about the new item in the room, and were quick to investigate.

Naturally the children found a way to make the balance beam work for them; as illustrated in the photo.They had discovered that the beam could be lifted on and off the pegged block that holds it in place.

Take a closer look:what do YOU think the children’s theories are? 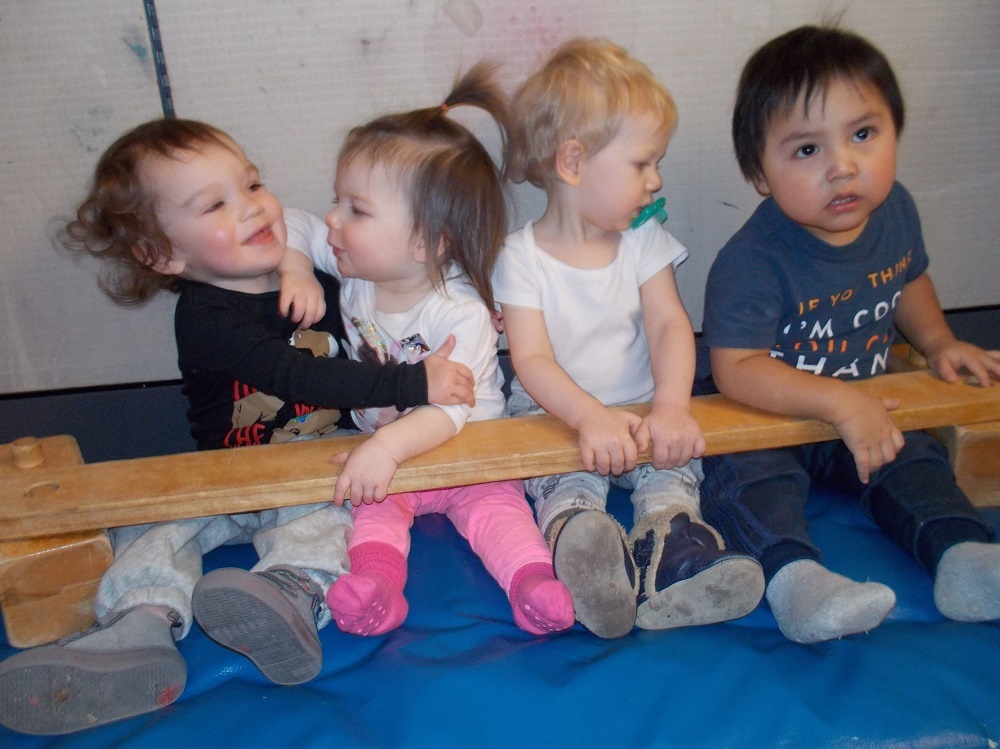