During our morning snack the children were describing the changes that they had noticed happening outside on their way here this morning. As we sat and discussed what they saw, the children used words such as “ICE!”, “slippy”, “COLD!” and “happened?”. We asked the group if they would like to head outside right after snack to investigate these changes and they all yelled “YEA!”.

Once we got outside, the children immediately gravitated to the picnic table which was peppered with a sheet of textured ice and the underside had something worth taking a closer look at. The children explored swiping their hands along these strange hanging things causing them to fall to the ground, they made a sound as they swiped and even when they hit the ground…we wondered if they noticed this too. They moved onto focusing on individual pieces and using their mitts to put pressure onto them, some would break, and others would stay attached.

While the picnic table investigation happened, there was a group discovering the changes that happened to our sand in our sandbox. As the children stepped on the sand, the sand would crack and break into chunks that they were able to pick up with their hands. They would stomp their boots and then pick up the sand pieces. At first, they carried them around and then they discovered a new way to explore them…throwing them! After the sand chunks left their hands, they would watch as it hit the ground causing it to return to a sandy state.

Our group has been exploring the many levels of transformation these past couple months and this change to our outdoor environment was right up their alley. 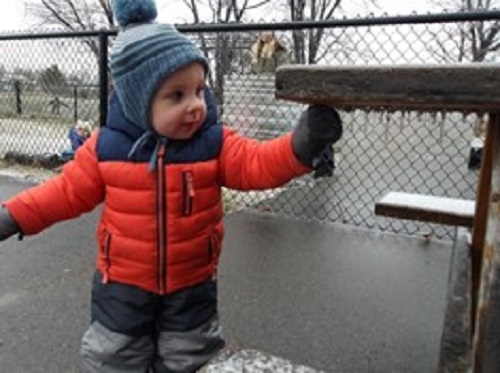 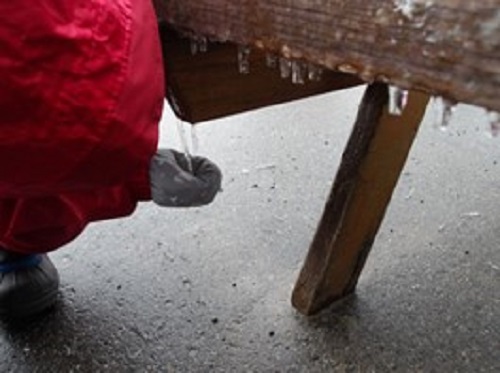 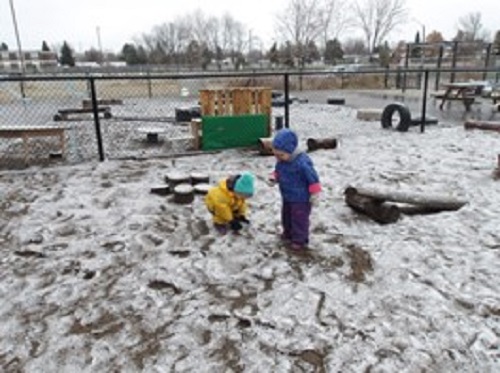