Today, B and K were interacting at the light table together. There has been a playful friendship budding between these two over the past couple of months. K began by ducking underneath the light table, as he hid from B who was standing on the other side. K poked his head up and glanced in the mirror that was leaning up against the wall. He caught eyes with B … “Hello!” K shouted. “Ah!” B shrieked. The two giggled together and started the process all over again. After a few turns of K hiding and peeking back out, B tried it out. He bent down, hiding behind the table and sprung up quickly, squealing happily at K’s reflection waiting eagerly in the mirror. It is so fun watching these two engage and form a friendship with one another, what will they come up with next? 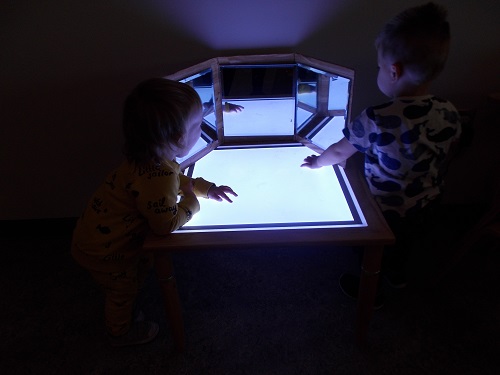 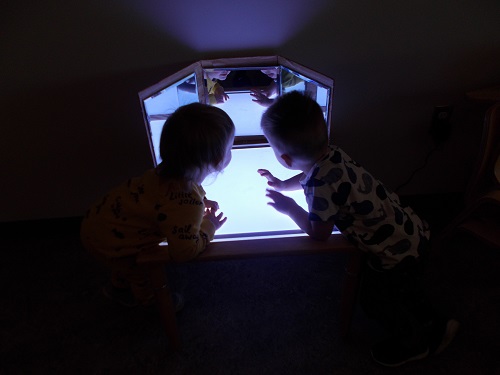