Today, Lucas was exploring with light in our room. He set up some dinosaurs on the projector and created scenes and stories to accompany them. He decided that the dinosaurs were part of a museum.

“This one goes here, that one goes there” …

As he placed them on the projector, he named each one. “This one is a velociraptor, it’s a carnivore … he is very speedy”.

“This one is a triceratops, he’s a plant eater. The workers at the museum have to feed him salads everyday”.

He placed a few toy cars on the edge of the projector. “These are the workers; they drive around in these cars to take care of the dinosaurs”.

Next, Lucas lined up the dinosaurs on two separate sides of the projector. “I’m lining them up in order, the plant eaters against the carnivores”. 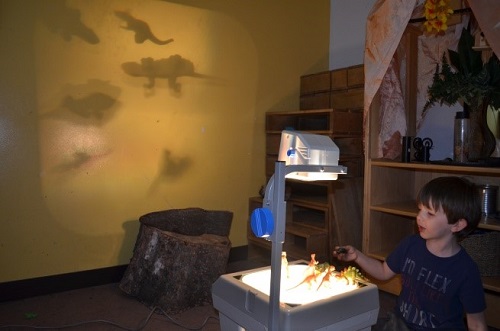 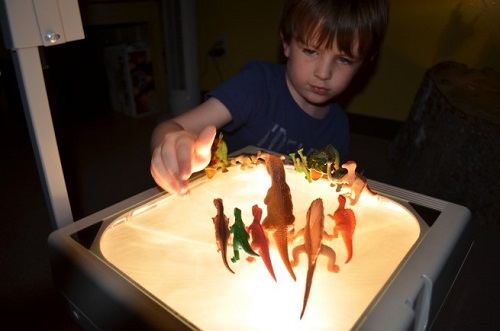