Today AO and JK were using plasticine to create sets for their play.

“I want to show people from the play. It’s the whole beach. This is how I want the beach to look. I want water to be made out of big pieces of paper.”(AO) Her Educator asked her if paper would work for the children to walk on as they were acting on stage. “That’s going to rip.” (AO) She decided she would think of another way to represent water on the set, but needed more time to think about it.

“The chair is Jorja’s rock. The brown part is the sand and the palm tree is just like the ones that we made but I didn’t have enough to make two.”(AO)

JK finished her plasticine creation and brought hers over to her Educator. She pointed to each different part and described it. "The orange parts is the sand. ‘The white is a trampoline. You jump on the trampoline to the hole over there,." "These are the mermaids; they jump in the water to see the tadpoles and the snakes." (JK) "I really like to go to the beach,” she finished, smiling at her Educator 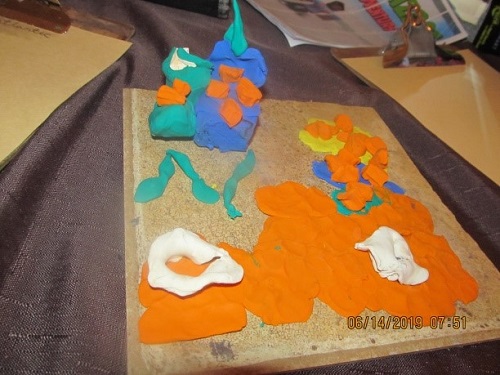 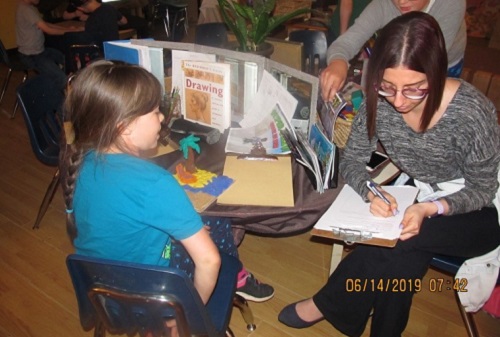 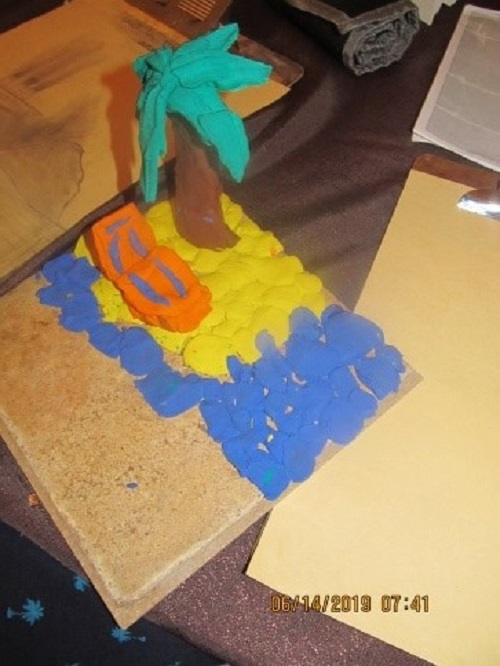