During our P.A. Day we introduced some new foam blocks and re-introduced the big wooden blocks for building. At the beginning of the day two groups of children began building with the wooden blocks and the foam blocks separately. By mid-day, the groups came together and decided that it would be better to combine forces to create the biggest rocket ship ever. M: “Instead of making two different ships, it would be better if the big blocks were the base and the colour blocks can be the walls.” J: “I brought the rings from the connect four game, we need food and they can be donuts for us”. The children stayed in their rocket ship for the rest of the afternoon and continued to build and extend on their dramatic play. 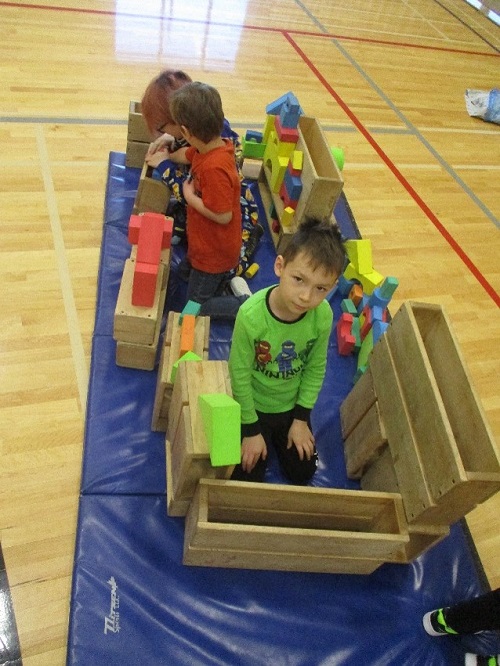