This morning a group of children began using the unit blocks to build with.

Kai asked for some cars to add to the experience. The children all begin using the cars on the wooden bridges that they created. Matty chose to create a structure using large and small blocks and was observed displaying his cars at various levels.

Charlie was observed pushing his car down a ramp he had created with a long block. He had a small arch at the bottom and looked as though he was attempting to get the car through the arch. He then changed to a larger arch. As he repeated his action this educator wondered what theory was he testing? Was it a specific size he needed for his car? Was he noticing the spacial difference as he switched between arches? 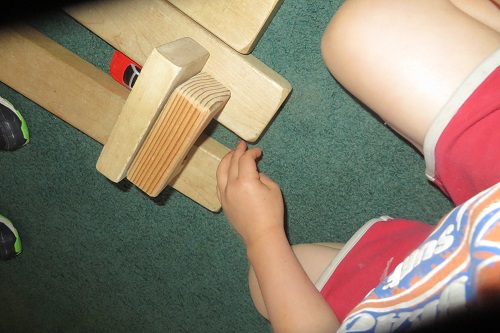 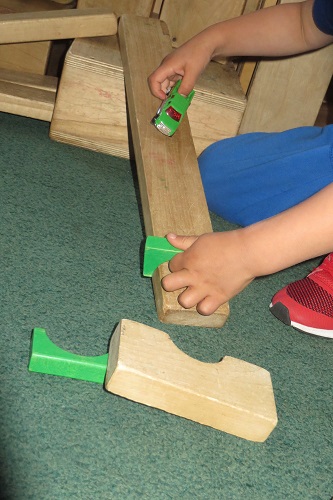 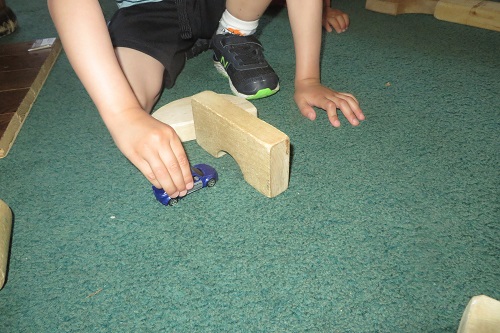