While building with magna-tiles today, L decided to challenge himself by saying “I’m going to build with the triangles instead”. Previously, L has been using the square blocks to make towers and houses. He began to build up, utilizing all the triangle blocks.

P and A stood by observing what he was building. P began to add a few pieces onto the side. When they were done building, L made a very interesting discovery; “My triangle building has a hole.” A sat on the arm of the couch to look inside and said “The hole goes all the way to the bottom!” L and P took turns looking down the tower. “I can see the floor!” P added. “Let’s put something inside and see if it goes all the way to the bottom” suggested L. The 3 took turns dropping various items into the triangle tower and watched as they fell all the way down. What do you think they were exploring during this experience?Building, elevation, balance, hand-eye co-ordination, co-operation, turn taking and trajectory were all investigated. 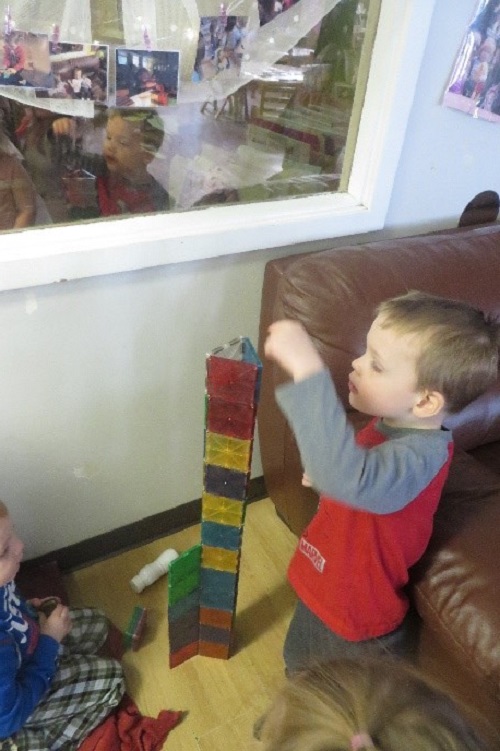 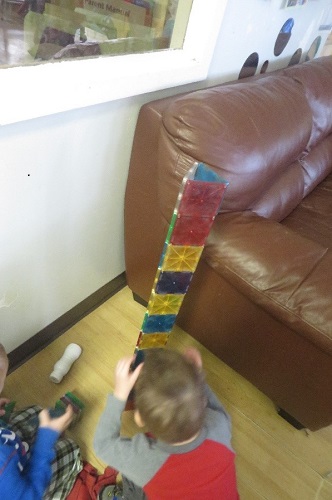 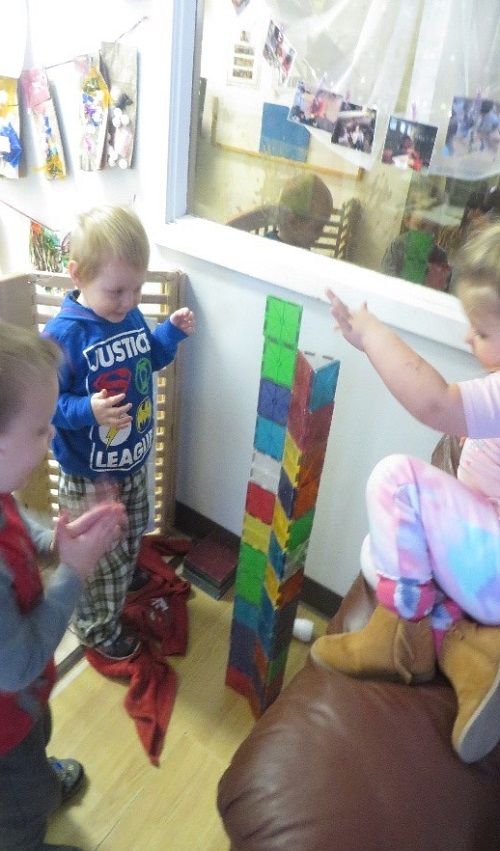