This month, the children have been showing their creativity through the hot glue gun. The children come up with the most creative projects using hot glue and loose parts. They used a variety of supplies, such as popsicle sticks, googly eyes, different shapes, small blocks, and rocks to make their creations. Some of the children at first were afraid of getting burnt by the glue gun, but after practice all the children from kindergarten to grade 6 were able to use it on their own. This shows how their skills have improved since the beginning of the year. The children liked to name their creations as well. For example, ‘O’ used googly eyes, popsicle sticks, and pom-poms to create a “rattle”. When she shook her rattle, the googly eyes would make sounds that resembled a real rattle! I wonder where she got this idea from. Art is an important part of children’s lives; it is part of the 100 languages of children. This is a form of expression for children of all ages. We wonder where their imaginations will take them next! 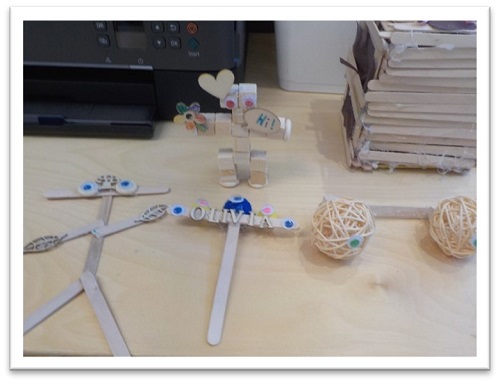 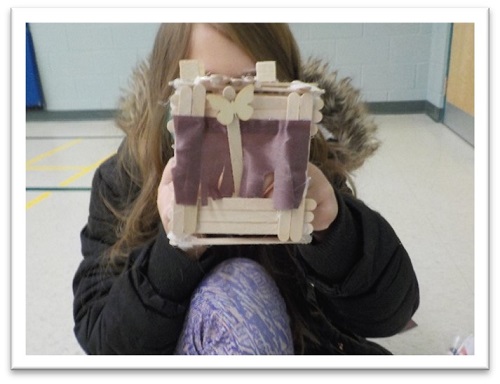